Diversity is a hotly debated topic in the media. Some argue that diversity can only be achieved by forcing it, while others believe diversity of thought should happen naturally. These two viewpoints are flawed and don’t do justice to what real progress looks like when separating ideas into their natural groups., 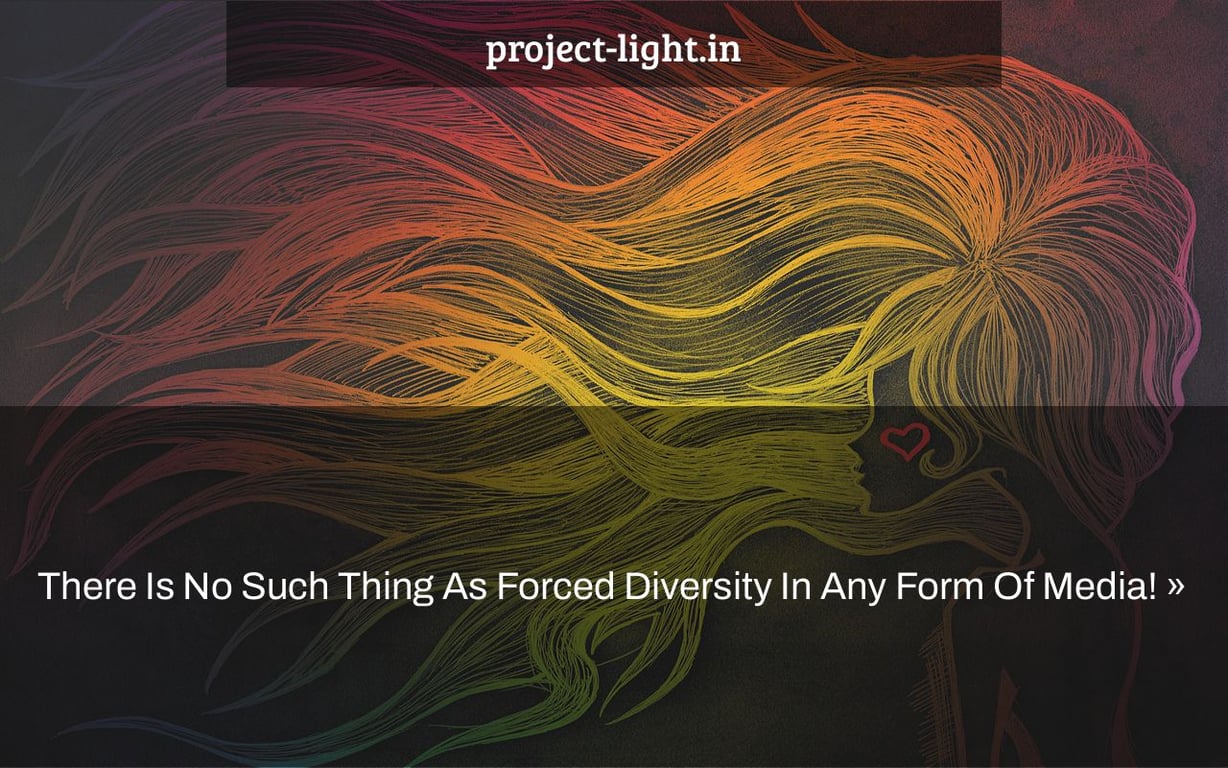 Many individuals have thought in the previous several years that most new media (games, movies, novels, etc.) was afflicted by what was referred to as “forced diversity” or “woke agenda”! This conveyed the concept of non-white, non-male characters being shoehorned into a plot. That if a character wasn’t well-written enough to warrant their inclusion, they were nothing more than a diversity checkbox to be checked! This was a highly poor way of looking at the phenomena, I recognized. Yes, there is an awakened agenda, but most of you are misinformed about what constitutes a woke agenda!

Now, in this blog, I’m only going to talk about original characters, not blackwashed figures. When it comes to blackwashed characters, I have my own viewpoint, which you may read about here. Today, I’d want to address the current debate that any non-white, non-male characters appearing in any novel are “forced diversity,” and that the only way to prove to the audience that they are not forced is to write them in such a brilliant manner that all concerns are dispelled. Putting such a high degree of expectation and necessity on a non-white, non-male character seems a little poisonous, especially when we never do it with white male characters from other ethnic origins. 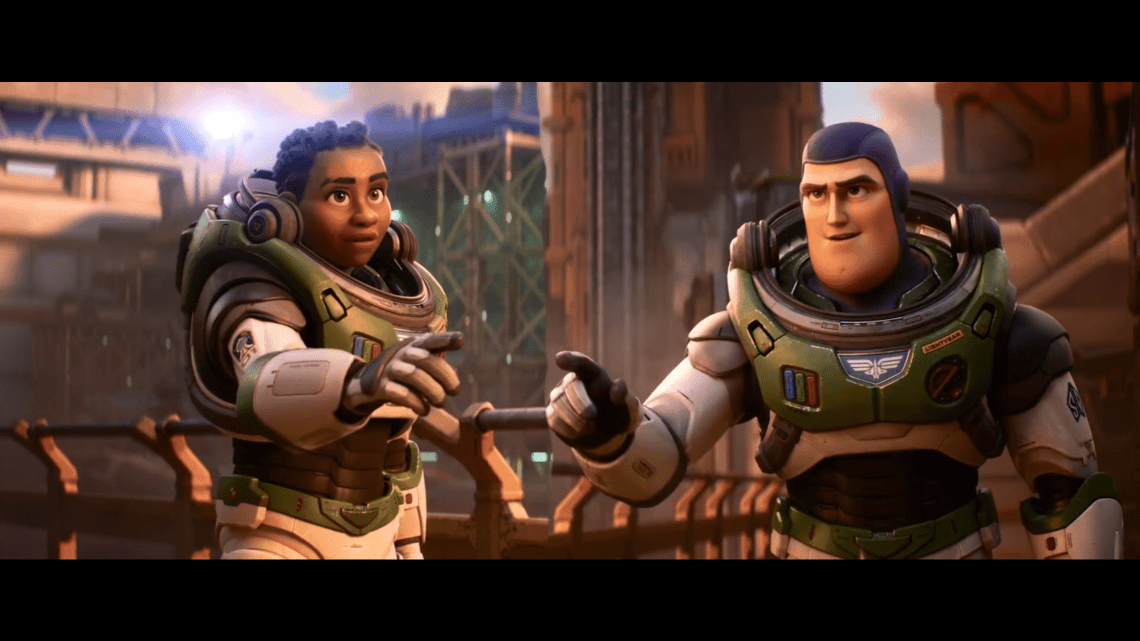 As an example, no one cries “FORCED DIVERSITY” when a character who is white but of French ancestry in an all-American cast is badly written; instead, most people just remark “that’s a crappy written character and go on.” If the French man was Black, not only would he face the typical and justified criticism of being a shady character, but he’d also be wrongly characterized as a “forced addition to the cast for diversity sake”! The concept of forced diversity has spread so far that it’s now being used to keep characters out of any medium unless they’re written to perfection. Is this something you’ve heard before? If that’s not the case, I’ll explain. Most individuals of non-white backgrounds believe that in order to succeed in the job, we must put in twice as much effort to get the same outcomes.

I’m not advocating for poorly written characters, but if the character is unique in origin, the concept of “forced diversity” should be dropped from the conversation. The latest Buzz Lightyear film is a great illustration of this! The trailer itself was innocent, however in the video’s comment area, most viewers had harsh things for some of the Black characters on film, despite the fact that they were probably supporting characters. Many others were offended by their mere existence in the picture, to the point that they said it was once again forced diversity at work. Individuals overlook the fact that most contemporary studios in any medium employ people between their mid-twenties to mid-forties on average, with some having post-secondary education.

With most studios being in cities that are quite multicultural, it goes without saying that urban, younger individuals with post-secondary education tend to lean more toward the progressive side. Since a consequence, it’s only logical that people are creating more varied media, as these individuals would naturally want to include more variety in their games and films. A reflection of the times in which we live. In reality, if there is any type of coercion, it will come from the top, who will be pushing “forced conformity”! “DO NOT STRAY AWAY FROM THE OLD AND NORM!” as in “DO NOT STRAY AWAY FROM THE OLD AND NORM!”

There are a lot of conformities that happen behind the scenes, not only with the higher-ups, but also with the marketing teams, research, and departures! In actuality, the notion of forced diversity seems ludicrous. It’s because times have changed that you’re seeing more non-white and female characters in video games, literature, and movies. If you don’t believe me, consider the following instances of studios that wanted to develop fresh and varied characters years before “forced diversity” became a catchphrase, but were unable to do so because “money spoke louder”:

Peter pushed the team to double down on the more progressive features of Fable 1 during the creation of Fable 2, prompted by some of the negative feedback from folks who were offended by the kind of things you could do in the game.

Because the film included a homosexual character and two of the main characters were black, Lionhead got death threats. “I can’t believe you put a faggot in the game,” one remark said. In a scathing review of Fable, a German publication accused Peter Molyneux of being “the guy who believes he’s god,” and referred to McCormack and other artists as satanists. Mothers from the Bible belt would write to the studio to protest about their eight-year-old being exposed to homosexuality.

“We were thinking, ‘This isn’t for eight-year-olds,’” recalls John McCormack. “It’s a game for adults.” As a result, it isn’t really our issue. It’s all yours now. I also pray you burn in hell.

“We were like, ‘Right, gay marriage, lesbianism, fuck you,’ with Fable 2. We were ecstatic.”

“They were saying, ‘You can’t have a woman on the cover,’ and ‘You can’t have a black person on the cover.’ And you’re looking for a black lady. And I said, “Yes, I do,” because it’s all about becoming the hero you want to be. No. It’s a white man who’s doing it. That’s the way things are. We know what sells, and we’re going to screw it. Put an end to the bickering. Fuck you, I thought. That was a massive battle.”

“They asked, ‘What is the most flopped Disney film?’” I was like, “I’m not sure.” Princess and the Frog were on their way. Figure it out. Fuck you, dude, I thought. “I despised it.”

“In conference calls, I was yelling at them.” At that moment, I lost it since they didn’t seem to understand the game. We were all about breaking down barriers, especially given we were the first game to include homosexual marriage. It was supposed to be both amusing and adult. They just ignored it and went with the standard white dude with a sword on the front. Oh, no! “You’ve completely missed the point!” 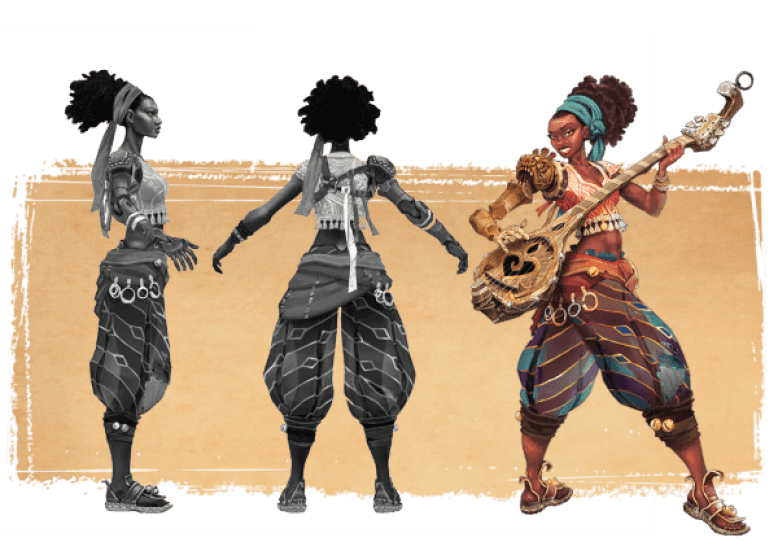 And here’s a current one that should explain why every Assassin’s Creed game featured various gender choices rather than just one:

According to three individuals who worked on the project, an early version of the storyline for the following game, Assassin’s Creed Syndicate, allocated equal screen time to the twin characters, Jacob and Evie. In the end, Jacob was the clear winner. According to two individuals who worked on Assassin’s Creed Origins, it was initially planned to hurt or murder its male hero, Bayek, early in the plot and give the player control of his wife, Aya. However, Aya’s position dwindled as the story progressed, and Bayek took over as the main character.

Assassin’s Creed Odyssey, released in 2018, followed a similar path. The game follows Kassandra and Alexios, two siblings. According to four persons who worked on the game, the team first considered making the sister the sole playable character until they were informed that wasn’t an option. Players may choose between the two characters in the final output.

According to the creators, all of the directions came from Ubisoft’s marketing department or Hascot, both of whom believed female characters wouldn’t sell.

There are hundreds of stories like this, where studios seek to realize their idea but are shut down because their ambition was overshadowed by the money. To summarize, forced diversity does not exist, has never been, and has become nothing more than a scare tactic to scare people into thinking that “white males have been eliminated from literature”! Unfortunately, we were all duped!

TV Only Has 2 Mounting Holes (SOLVED)